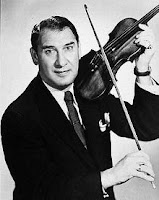 (While No Money In Poetry can be viewed on a phone, I believe it works better on a larger device.  However, if you are seeing this on a phone, try turning it sideways in order that poems can be read in the intended format.)
*******************

"Every time I ask what time it is I get a different answer."

"The truth is like poetry-- And most people f***ing hate poetry!"

- Overheard in a Washington D.C. bar by
Michael Lewis, author of The Big Short.

"Beauty is truth, truth beauty, that is all ye

know on earth, and all ye need to know."

Staring stunned motionless
I gape at the televised universes
both within and outside of me,

here emptied by him who dominates any
untamed spaces in the manner which disgraces
his own senseless carcass and his failing nation.

for food in forms of gentleness and meaning
when home where the heart is said to be may for all be
missing as our nation fails its singular mission.

Home and hearth, quaint concepts where
lessons once learned have been forgotten
where the only legacy easily  may be
the one decreed in idiocy.

My own face a radioactive place
I used to randomly scratch,
caress, and otherwise touch but,
except for rubbing my eyes and
picking my nose, I was
largely unaware of what I did.

Since the virus with its myriad
prohibitions, the imprints of
my hands remain behind
burning or freezing my skin
long after the act itself;
for this I am truly grateful.

What made you go into poetry?
How often are you asked that question?
Have you ever heard anyone ask
What made you go into writing novels?
What made you go into composing music?
What made you decide to become a filmmaker?
In all these others the work is discussed
Not the motivation of the worker.
The question is a kind of face-saving lie
That masks the ignorance of the questioner
Who knows little to nothing of poetry
And finds it strange
That anyone should do it.
It masks as well the American obsession
With choosing
Itself a reflection of Capitalism
(Which product do you want?--choose)
And its daddy-o, the Protestant Revolution
(Heaven or Hell--choose)
What made you go into interviewing?
I was one of those
Whom poetry took by the hair
And brought willy nilly into a world
That had nothing to do with choice
And everything--
Everything--
To do with the ecstatic.
I stood outside myself
Observing
The deep potentialities of thought
And knew
This was my world
This was where I wished to be
And I didn't care
About a career
Or money
Or ambition
Or even love
If only I
(Forever a stranger, forever young)
Could vanish
Into the world
Of words.

As we began circling, I observed to David
that his shoelaces were untied.
But do you think he fell for that old trick?
Yes he did, and I tagged him with a straight left
bloodying his nose something terrible.
I didn’t give him time to stanch the flow
but waded in with a flurry of combinations
to his jaw and midsection.  David wobbled,
but managed to say, “Good shots”
then continued by stating his preference
for Petrarchan over Shakespearean sonnets.

During a brief caesura, as I prepared my reply,
I felt my face torn apart
by the fiercest blow I’d ever taken.
I never saw it coming, and he was all over me
with hooks, crosses, upper cuts,
pentameters, couplets and epigrams.
I reeled and rocked and knew that this guy
deserved my very best strategy and tactics.

Bouncing off the ropes, I hit him with my
best impression of Mike Tyson’s voice:
“The ref stole my title, and
I have children to take care of”

Then I got in a couple of spondees
but he was too young and fast.
Madgalene tattooed me with trochees,
tetrametered me mercilessly, and
sent me reeling into the ropes
with his hyphy poem.
I reclined against the top one pretending,
to catch my breath which was coming to me
in wooden cubes trailing sawdust all over my throat.
At least I pretended to pretend.
Such is the boxer’s inner chess master.
Madgalene wove an epic tale himself.

For what seemed to be the longest time,
neither of us threw another punch.
Then we looked at each other.
David exclaimed,
“Are we out of our fucking minds?!”

Then he decked me with that same damn hyphy poem,
I shoulda seen it comin’ that time.
So no rope-a-dope next time for the young contender.
I took an 8-count, mandatory at my age
staggered back on to my feet.
I felt it wise to offer that  we’d better
clean up for our poetry reading.

But trust me, it ain’t over yet, some real ugliness is sure
to  break out here tonight at the reading.
I may appear to be old,  tired and spent,
but just keep your eyes on my shuffling feet and know
clearly that something is going to strike you
high up above, right there
in the middle of your
poetastin’ mush-melons!


Sports On TV and the National Security

Sports-On-TV And The National Security

The Famous and Not-So-Famous Write To The Author About

Why They Watch Televised Athletics

Humorist Dave Barry wrote me that he watches sports on television in order “to avoid thinking.” Barry’s response, only one of many varied ones I elicited from both famed and not-so-famous respondents, is perhaps the one most in keeping with my own sense of televised sports watching as meditation. He amplifies on this theme by further indicating his preference for basketball over baseball and football “...because it (basketball) requires the least thinking.” (1)


The late Allen Ginsberg, on the other hand, claims to have never watched TV sporting events. As a poet and a conscience incarnate, Ginsberg was one of my most prominently shining idols. Well-known for being both a pacifist and Buddhist, he did not surprise me by eschewing both athletic competition and the first person singular, “Poet - Allen Ginsberg doesn’t watch sports or TV!!” (2) I suspect that TV rather than athletics was the more intense object of his dislike. After all, hadn’t Allen Ginsberg, tossed out the first poem to start off the Giants/Braves game at Candlestick Park on June 1, 1994? That fans booing his offering affected him little (probably Atlantans after all) informs me that, to Ginsberg, the devil was not so much in sport as in television.


Somewhere along the line during my exploration of motives for televised sports watching, I developed the notion that when people (men particularly) cannot cathart by involving themselves in sports watching, the violence emerges elsewhere...

...It is fact that, during the year of both baseball and hockey strikes, a large majority of this nation’s men united to elect a congress which dedicated itself to the mean-spirited “Contract With America” agenda aimed most significantly against minority rights and the “Year of the Woman” So, perhaps then, it would be better, at all costs, to foster TV sports watching in the interest of our national security, to protect the populace from its own latent savagery.

It rained on a November Sunday morning several years ago and into the afternoon as well, a real soaker. As a result, my folks called from Sacramento to cancel their visit. Joyce and I then decided to have breakfast in bed, read novels, and do little else than watch several three hour Duraflame logs burn playfully in the bedroom fireplace. When I picked up the bedside remote and simultaneously tapped both the “on” and “mute” buttons, Joyce understandably asked what I was doing.


With “21-7” immediately in focus before high-fiving red-clad Niners on the screen, I was left bereft of further excuse for watching when my wife went on to observe disappointedly,


“But I thought you said you weren’t interested in football anymore.”


How would it help? - my explaining again that, among the grand triumvirate of basketball, baseball, and football, the last could be my least favorite but still hold more than just a little “interest.”


Joyce was attempting to understand the then inexplicable and help with a rationale for why I would find television in general and football specifically, “important” enough to compete for my attention with the blissfulness of reading and watching the fire that idyllic day. How might I explain what I knew in my core and what I feebly muttered anyway?


“Football is a meditation.”

Now, press to read the full article. Let me know what you think.